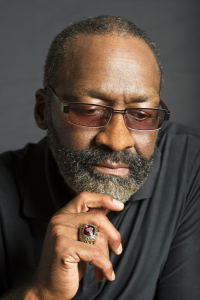 Whenever memories of great athletes making game breaking plays in memorable games in the NCAA and the NFL are envisioned, JD Hill emerges to the forefront as one of the best athletes to ever play the game. During a stellar athletic career at Arizona State University, JD lettered and excelled in three major sports, baseball, football and track, an accomplishment that resulted in a NCAA record that stills stands today. JD also led the Sun Devils to an undefeated 1970 season and was named unanimous First Team All American and MVP of the Senior Bowl.

In 1971,  JD was drafted by the Buffalo Bills in the 1st round, with fourth overall pick. JD’s NFL career spanned eight years from 1971-1979, finally ending his career with the Detroit Lions. JD has many personal athletic accomplishments the most memorable was being selected as an NFL ALL-Pro and competing in the NFL Pro-Bowl, being named Collegiate Offensive Player of the Year Award, and being enshrined into the ASU and Stockton California’s Hall of Fame respectively.

In his life as a football super star JD Hill caught thousands of passes and contributed to many team victories, while gaining the respect and admiration of his fans and peers; but it was after his football career that JD made the most important reception of his life.  Following years of personal struggle and tragedy with substance abuse, JD finally caught the vision to make Jesus Christ Lord of his life. As a result of his life changing decision he has emerged from the fire as pure gold, excited, enthusiastic, and on fire about what God has done in his life.  As a speaker he draws from his own extraordinary personal experiences to encourage anyone who faces adversity. He has a powerful message of restoration, redemption and hope. With sincerity and conviction JD shares with audiences of all ages that there are powerful Biblical promises in victory as well as in adversity. JD has spoken to countless numbers of youth in public, private, and Christian schools and colleges; he shares his testimony in prisons, and has served as a motivational speaker for corporate training seminars, and NFL teams; he has also shared the Gospel for men’s retreats, prayer breakfasts and Sunday Morning services  across the USA, and Canada. 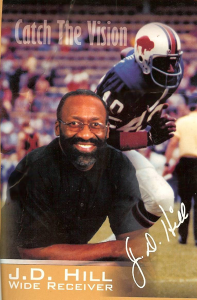 Today: JD is Founder of Catch The Vision Ministry which encompasses, a homeless feeding program “Unto The Least of These”, a mentoring program “Pros For Youth” and a motivational speaking presentation “This is my Story”. Catch the Vision sponsors youth sport leagues/camps in partnership with the Boys and Girls Clubs of Phoenix and The Salvation Army and YES. Among his many civic duties:  JD is Vice- President of The Courage Foundation, and Executive Director of  the CAP (Child Abuse Prevention) Foundation and Director of YES/AZ (Youth, Education and Sports) Currently JD lives in Chandler AZ with his wife of 30 years Caryl Hill.  JD and Caryl have four sons that have followed their father into the professional football arena. 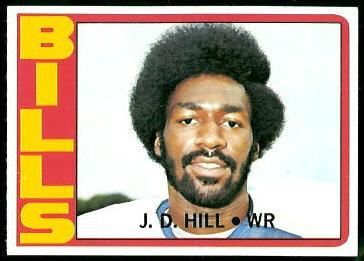